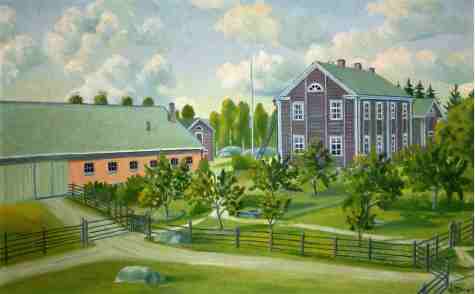 The Filpus family descends from Finnish and Lithuanian immigrants who came to the United States around the turn of the 20th century. Here are bits and pieces of their story.

When I started genealogy, I felt it was like any collecting hobby, like stamp collecting. It was the enumeration of names and dates. But then I discovered people in my family tree who participated in important historic events. It changed my view of the hobby from just collecting to writing a true family story. Some of these people and events on my family tree are documented on the Historic Leaves page.

The Filpus Name in the United States

As far as I can determine, there are two Finnish families named Filpus in the United States. Both immigrated to northern Michigan around the turn of the twentieth century. One family settled in Baraga Michigan and currently has descendants in northern Michigan and Indiana. My Filpus family are the descendants of Olaf and Brita Filpus in Simo Finland.
Olaf and Brita had eleven children. Of those, seven immigrated to the United States. Of those, five were daughters, Ida, Maria, Brita, Henricka, Anna and Alma. They married Finns in the United States and have spread the Filpus genes through the county but not the name. The sons, Uno Konstant and Nils, married and had families in the United States. However, Nils Filpus emigrated to the Soviet Union and disappeared in a Stalinist purge. This leaves the Uno Konstant line as the only son to carry on the Filpus name.
Uno Konstant had two sons, Uno Waldmar and Waino and one daughter, Lillian. Lillian married and raised a family. Waino had no children, leaving Uno Waldemar to carry on the Filpus name.
Uno Waldemar had one son, Uno Wallace and two daughters. Both daughters married and raised families. Uno Wallace had four sons. Of the four sons, only one had sons to carry on the family name.
Olaf Filpus has many descendants in the United States. There are thirty-three great-great-grandchildren, thirty-one great-great-great-grandchildren and eight GGGG grand children, according to my latest data. Only two can carry on the Filpus name. There have been several generations where there was only one carrying on the Filpus name. It could die out easily, but has survived so far. 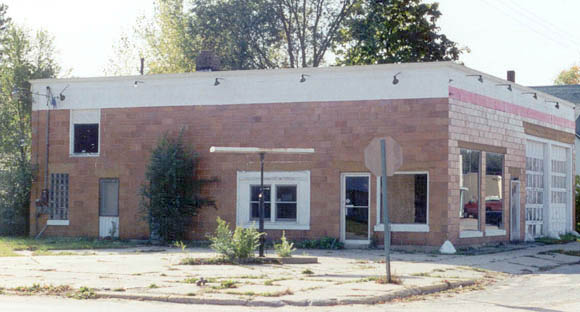 This is the family church. For three generations, all baptisms, marriages and funerals were performed here.

Why Genealogists Do What They Do (Author Unknown)

We are the chosen. My feelings are, in each family, there is one who seems called to find the ancestors.
To put flesh on their bones and make them live again, to tell the family story and to feel that somehow they know and approve.
To me, doing genealogy is not a cold gathering of facts but, instead, breathing life into all who have gone before.
We are the Story Tellers of the tribe. All tribes have one. We have been called as if it were in our genes.
Those who have gone before cry out to us. " Tell our story. " So, we do. In finding them, we somehow find ourselves. How many graves have I stood before now and cried? I have lost count. How many times have I told the ancestors you have a wonderful family you would be proud of us? How many times have I walked up to a grave and felt somehow there was love there for me? I cannot say.
It goes beyond just documenting facts. It goes to who am I and why do I do the things I do. It goes to seeing a cemetery about to be lost forever to weeds and indifference and saying I can't let this happen. The bones here are bones of my bone and flesh of my flesh. It goes to doing something about it. It goes to pride in what our ancestors were able to accomplish. How they contributed to what we are today.
It goes to respecting their hardships, their losses and building a life for their family. It goes to deep pride that they fought to make and keep us a Nation.
It goes to a deep and immense never giving in or giving up, their resoluteness to go on understanding that they were doing it for us.
That we might be born who we are. That we might remember them. So we do. With love and caring and scribing each fact of their existence, because we are them and they are us. So, as a scribe called, I tell the story of my family.
It is up to that one called in the next generation to answer the call and take their place in the long line of family storytellers.
That is why I do my family genealogy and that is what calls those young and old to step up and put flesh on the bones.